Hello, what an amazing day it was last Saturday, World Ranger Challenge day. We managed to raise an enormous $47,000, and it’s being matched, please scroll down to see the details below. Whilst the Save Valley Conservancy team were running their 21km half marathon, each carrying 22kg of kit, and finishing a magnificent 5th out of 88 teams from 20 African countries, our members were walking in Kings Park, Essendon and Hampshire for the cause. The rangers also came first in the wildlife quiz, an outstanding achievement.

17 members  walked either 5 or 10km in Kings Park and Angela and Paul Nilsen, Evan Litis, Evelyn and Thomas Wong with Grace and Cham, Heather Atwell, Janet Zuiderwijz, Jen Chester, Oliver Basson and Ron Crittall, and Arthur and Patrick Williamson in Essendon, all set up their own Give Now sponsorship page, netting a total of $6,860.  Thanks very much indeed everyone.

Greg Nicolson paddled his kayak down the Swan River from the Garrett Road bridge all the way to Fremantle, against a strong headwind, and has so far raised  a magnificent  $3,587 for the rangers.  Great effort, Greg, congratulations and thanks very much. 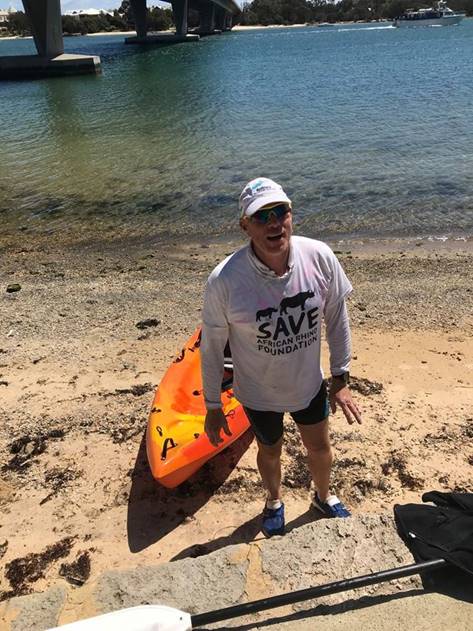 Johan and Welna Steenhuisen of SafariFRANK in Queensland, made their run in Byron Bay, with ongoing funds being raised for the South African Wildlife College on the edge of Kruger, reaching a terrific $1,943 so far.

Martin Storey and Steve McBride chose the 5 day 125km walk from Cape to Cape in the south west as their challenge for the rangers and they have so far raised an outstanding $3,548 for the field guys, thanks so much fellows for your fantastic effort. 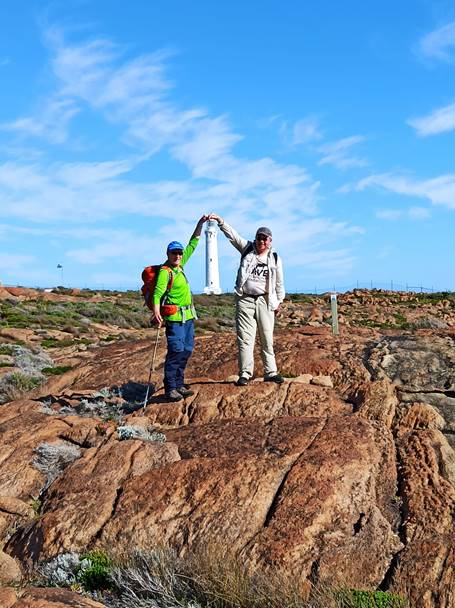 I’m currently in London and did my walk with our patron David Gower and my god daughter Rebecca Ireland. We chose the perimeter of the late Earl Mountbatten’s estate, Broadlands, in picturesque Hampshire. It rained all day except for our walk, I struggled with a painful hip and just completed our 10.7km effort.  I was lucky enough to have access to our 450 supporters, and I’m so proud to say that 190 of you have responded with a massive $28,000, thank you all very much indeed. 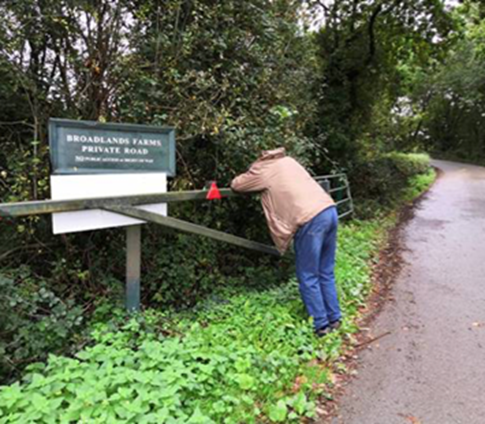 Cameron Murray is riding in the Tour of Margaret River in early November and has already raised $3,206 for the rangers and I’m sure that he and his team will be substantially adding to the coffers in the next few weeks. Good luck chaps.

All in all, we’ve collected more than $47,000 for the Wildlife Ranger Challenge, which is now being doubled by the programme’s main sponsor, Scheinberg Relief Fund.  Who’d have thought we could raise $94,000 from a walk??  This is all being donated to the overall WRC fund, set up by TUSK Trust to help pay wages to rangers who have been affected by the lack of tourism income. Al least $56,300 will go towards supporting the rangers of Save Valley, $35,300 will help out other less well funded ranger programmes around Africa and $2,400 will be for the South African Wildlife College.

Again, to all our participants and supporters, it’s a very big, wholehearted thank you to you all for making this such a wonderful fundraiser for wildlife rangers.  If anyone would still like to contribute, then the campaign is open for donations for a few more days. Thank you!

My very best wishes to you all,

Winner of the 2009 Zimbabwe Council of Tourism Green Global 21 Award
for services to conservation and the environment.