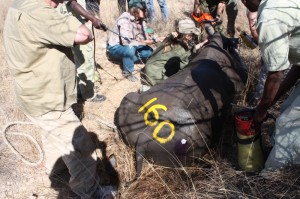 This has always been the main breeding ground for white rhinos and some have recently had to be transferred from this area, due to over-crowding. There is also a viable breeding herd of black rhinos in the area. SAVE African Rhino Foundation has contributed to the work of this area via donations of vehicles, clothing, radios and other kit.

In addition we also fund the ongoing camera trap rhino monitoring programme with Dambari Wildlife Trust controlling the field work. More than 35 camera traps feed back regular information on rhino and other wildlife and human activity.

We also donate heavily into the rhino management operations, both ear nothing and dehorning. 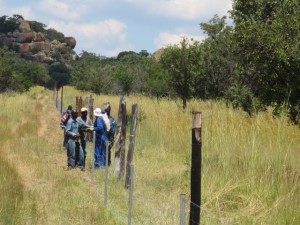 Although a relative safe haven for rhino in Zimbabwe, Matobo National Park has had issues with cattle grazing and fires within the park boundaries. In 2013 SAVE African Rhino Foundation helped fund the erection of fencing in critical are around the park boundaries, keeping poachers out and wildlife within the national park.

Please check out the web page for the Matabo Fence Project 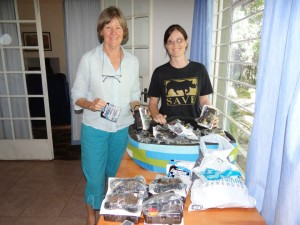