The Sabie Game Park (SGP) is located in Maputo province, Mozambique and borders Kruger National Park (KNP) in South Africa to the west.

SGP is approximately 70,000 acres in size, and forms part of the Peace Park Foundation’s Trans Frontier Conservation Area (TFCA) called the Greater Lebombo Conservancy (GLC). Due to its size, the GLC represents an almost self-contained natural ecosystem. Geographically, the GLC is also critically important to rhino conservation efforts as it acts as a buffer zone between the largest concentrations of the world’s remaining rhinos in KNP to the west and the poachers from Mozambique who live in the communities just east of the GLC.

Working in close partnership with Sabie Game Park (SGP) as well as the Government of Mozambique, the International Anti-Poaching Foundation (IAPF) established operations in SGP in July 2015. IAPF is currently the only Non-Governmental Organization (NGO) engaged in direct action anti-poaching efforts in this area. The IAPF aims to expand their operations from SGP across the whole of the GLC, which would result in a secure buffer zone for KNP.

IAPF has already had success in capturing a number of poachers as well as causing a lot of discomfort for those higher up the chain.

Save African Rhino Foundation has progressively become more and more involved with the project as we see both the strategic importance of the project as well as the continued success it is having. 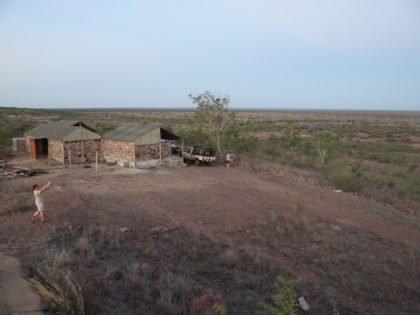 We are now giving approximately $50,000 to IAPF per annum for their Mozambique project.